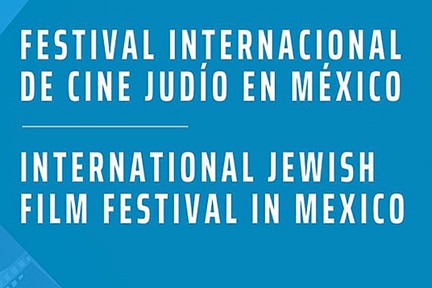 Film buffs, people interested in Jewish culture, and those who appreciate good entertainment will be fascinated by what has been and is continuing to be developed when Gaby Green presents on Mexico’s Jewish International Film Festival here soon. Come to Rotary Tuesday, September 27, at 9:30 when Green, who created Zona Culta to provide modern and contemporary content for local culture, speaks.

Green’s dream is to meld both Mexican and expat communities through accessible events and culture that transcend place. Her colleagues, Sara Picazo, works with her and will help introduce their first event: Cine Judio en Mexico. This International Jewish Film Festival was established 19 years ago in Mexico City. It will be in San Miguel Oct. 11 – 15 at the Biblioteca’s Teatro Santa Ana at 5 and 7:30 p.m.

Films at 5 will be in English with Spanish subtitles. Others will be in international languages with Spanish subtitles. At the conclusion of each film there will be a Jewish door prize given to an attendee. Information about all of the films may be found at www.zonaculta.com.mx. Tickets are only $100 pesos for each film, and may be bought ahead online at http://www.teatrosantaana.org or at the theatre box office.